During WW11 the German Army used an all-purpose vehicle called the VW Kübelwagen Type 82. With its high ground clearance, low weight (only 720kg), smooth floor pan and rear air-cooled engine The Kübelwagen was an instant success and the German Commanders loved them.

In 1968 the Type 181 was launched to the general public which was very much based around the original Type 82. 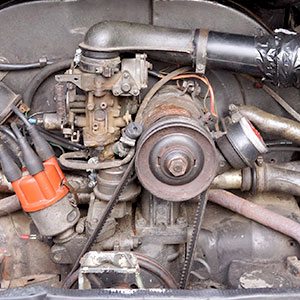 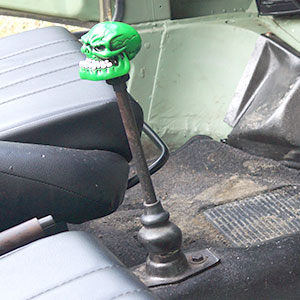 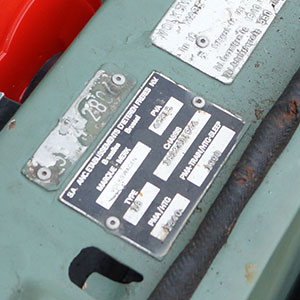 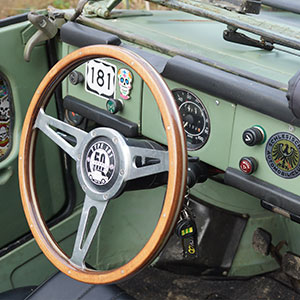 The engine installed originally in the Type 181 was the same 1500cc flat-four engine from the VW Splitscreen Bus.  In 1971 however the engine was upgraded to the all-new 1600cc Twin Port engine fitted to the latest VW 1302 Beetle.

The body of the Type 181 was bolted onto the chassis just like the VW Beetle.  It was very basic in design with the only piece of glass on the whole vehicle being the Windscreen.  The side windows were made of plastic and could be removed entirely and stored in the boot.  The Doors themselves could also be removed with ease which allowed easier access to the very basic interior.

The Type 181 was not fitted with any sound deadening, door panels or carpet.  In fact the side panels of the Type 181 were manufactured quite high which allowed the car to wade through water.  So the interior could often get a little wet.

The instrument panel was the same speedometer from a VW Beetle which included the fuel gauge, indicator, oil warning and generator lights.  A petrol heater was located under the front bonnet and it was activated by a knob on the dashboard.

Instead of a roof the Type 181 had a simple PVC cover which again could be easily removed and stored.

My 'go-to' place for spares. Stock levels are excellent, service is excellent. In a word - EXCELLENT.