It was a manual 4 speed synchronized transmission located directly in front of the engine at the rear of the car.

In March 1973 (from chassis number 183 2346 525) the gearbox was changed to an IRS version which was taken out of the 1302 Beetle.  This new IRS version removed the need for the reduction boxes and instead included Separate half shafts with CV joints located at the end of each shaft.  These CV joints were the same as the Type 4 Variant with the inner CV Joints smaller in diameter than the outer ones.  These Type 4 CV Joints had the ability to operate up to an angle of approximately 21 degrees.  As a temporary fix standard Beetle CV Joints can be used as a replacement to the inner CV Joints and Baywindow Bus CV Joints can be used as a replacement for the outer joints.  Although the operating angle of these joints is approximately only 17 degrees so can wear prematurely. 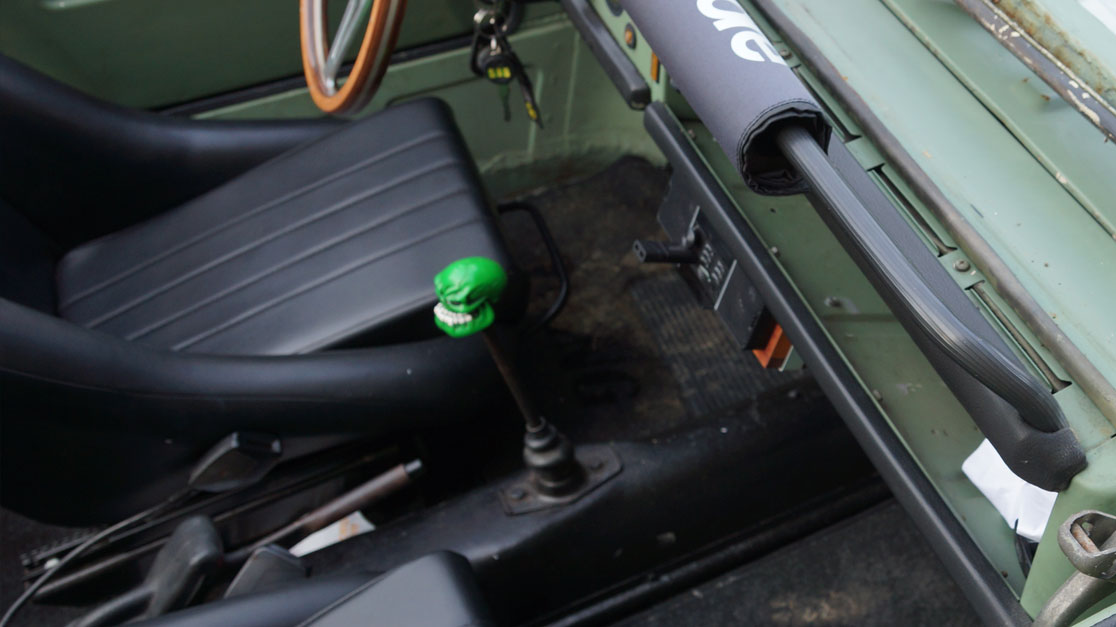 The clutch is located in the bell-housing at the rear of the gearbox where the engine mounts.

All VW 181 models were installed with the later style 200mm clutch.  This clutch included a clutch release bearing with integral clips which moved on a guide sleeve.