The Baywindow Bus is much heavier than the Splitscreen Bus and so when Volkswagen designed the new model they increased the engine size.  Not by much however.  The VW Baywindow Air-cooled engine was a beefed up version of the 1500cc engine fitted into later Splitscreen Buses. The engine was increased in size from 1493cc to 1584cc.  Known as the 1600cc engine, it produced 44HP in the Single Port version and 50HP in the Twin Port Version.

The basic Beetle configuration was used for the new 1600 engine in the Baywindow Bus but a rear engine support bar was added to provide support to the engine and help to reduce vibration.  This brace bar changed shape in 1972 (Late Bay Models) when the rear valance became fixed and not removable like the Early Bay models. 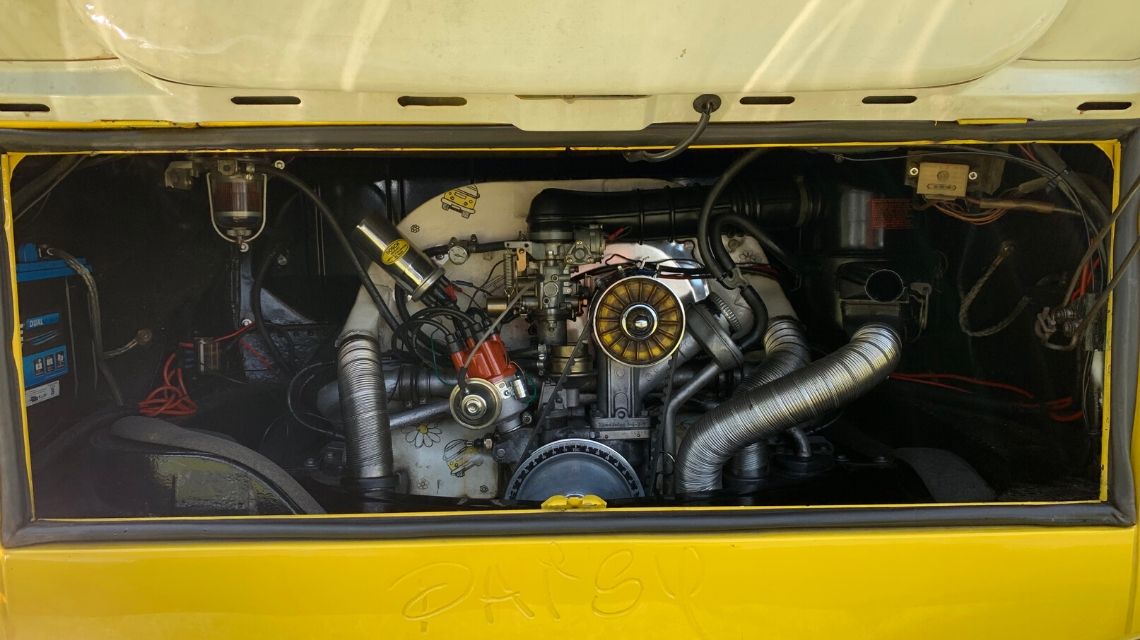 There were two versions of Type 1 engines fitted into the Baywindow Bus.

The 30 PICT 1 was fitted to all models except those in America and the 30 PICT 2 was fitted to American models.  Both specs were a single choke downdraft carburettor with an automatic choke.  They both featured a fuel cut off valve which was designed to prevent fuel getting into the manifold when the engine gets hot.  This causes the engine to over run.  So as a hint if your van has this issue then replacing the fuel cut off valve should correct the issue.  Both carburettors have just two adjuster screws for the throttle stop and volume control.  The 30 PICT 3 has all the same features as the 1 and 2 but it features an additional air by-pass screw.

From August 1970 the 1600cc engine had an upgrade and was fitted with Twin Port heads.  With the upgrade the oil cooler, cooling fan and engine tinware were changed to allow more airflow over the engine and through the oil cooler.  The carburettor was also upgraded to a 34 PICT 3.  The difference in this carburettor over the earlier models was that it was installed with an angled pilot jet position.

Both the single port and twin port engines all run the same internals.

The crankshaft is 69mm.

The Type 4 engines came in 3 sizes.  These engines are also known as Pancake engines or suitcase engines.

The internals and externals are all the same on all three engines except the cylinder heads and the pistons.

The Type 4 style engines are completely different to the Type 1 engines and none of the parts are interchangeable including the ancillaries.

The Type 4 VW Baywindow Air-cooled engine has its cooling fan fitted to the nose of the crankshaft.  It is contained within a different style of fanhousing which helps to push the cool air over the engine through an arrangement of ducts.  In theory this is a more effective way of cooling the engine over the Type 1 style.  In fact it is very similar to the engine cooling in early Porsche cars.  It does however make changing the spark plugs very difficult compared to the Type 1.

The Type 4 engine was also fitted with a pair of twin carburettors.  The Solex 34 PDSIT carburettors were installed on top of short travel manifolds which sorts out the common problem of manifold icing found on Type 1 style engines.  In order to work effectively on the engine a hatch was installed inside the van above the engine bay. 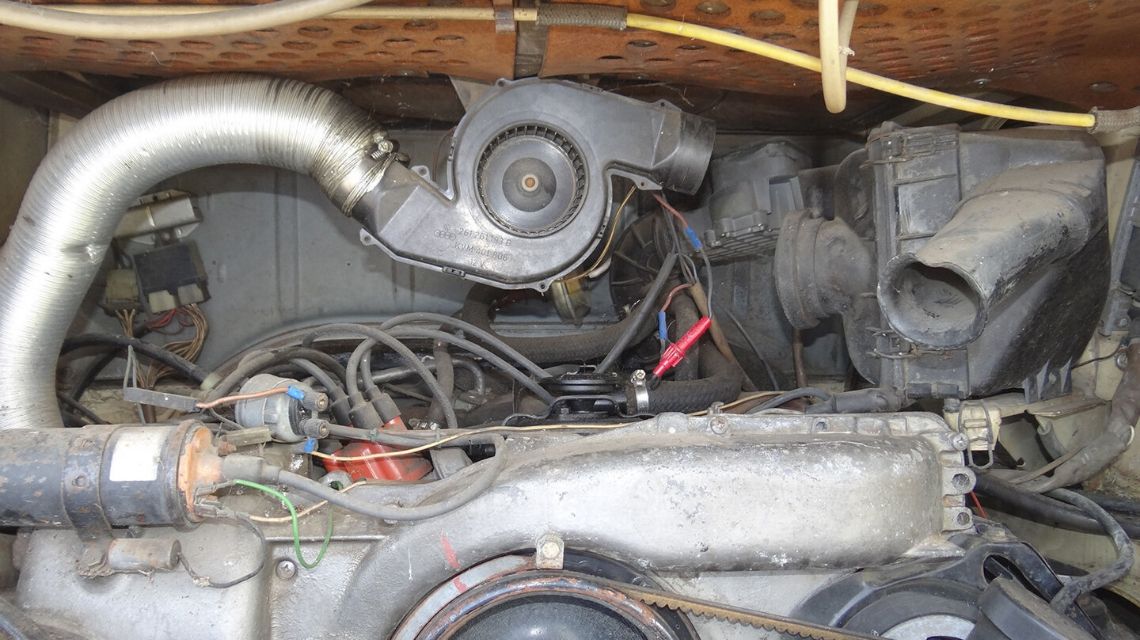 The 1800cc was introduced in August 1973 and featured the same 60mm crankshaft but a 93mm piston which included thicker walled barrels.  This gave a new engine displacement of 1795cc.  The inlet ports on the cylinder heads were slightly altered in shape and the combustion chambers were enlarged.  The valve sizes were also increased to 41mm on the inlet valve and 34mm on the exhaust valve.

The Twin carburettors were replaced in America with a Bosch AFC (Air Flow Controlled) fuel injection system.  This system included an electric fuel pump and ECU (Electronically-Controlled Computer Unit).  It is known as a non-direct injection system which means that the fuel injectors spray the fuel into the injection housings.  A Cold Start valve automatically adjusts the air/fuel mixture which helps to start the engine when it is cold.  The rest of the World however continued to use the Twin Carburettor setup.

The 2000cc was introduced in August 1975 and was the largest air-cooled flat-four Volkswagen engine ever produced.  Both the bore and stroke were increased and the engine now featured a 71mm crankshaft and 84mm pistons.  This created an engine displacement of 1970cc.  The cylinder heads however remained the same as the 1800cc with the same valve sizes. 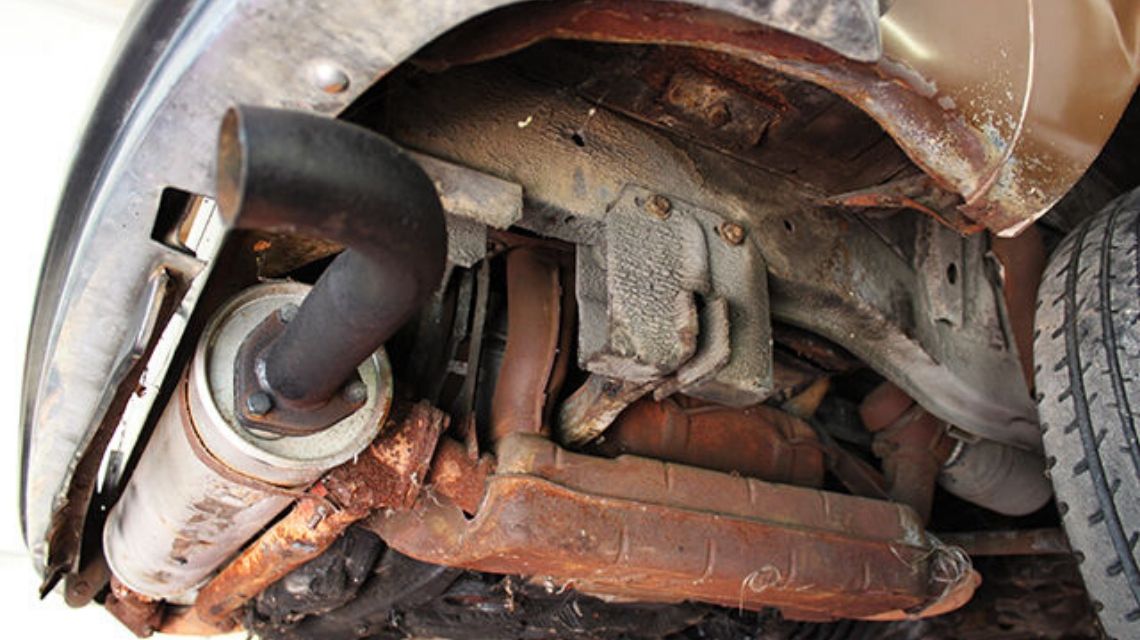 Below is a list of all the engines that were fitted into VW Baywindow Buses.

The engine codes can be found below the dynamo/alternator stand on Type 1 engines.  On Type 4 engines the engine code is located behind the centre of the fanshroud to the right of the distributor.

The engine code on a Baywindow Bus always starts with a letter followed by a series of numbers.  The Letter determines the engine size and is shown below in the table.

If you are still unsure about your engine size then please do not hesitate to contact us.  You can email us at sales@coolairvw.co.uk, Facebook Message us, Call our shop on 01322 335050 or speak to us via live chat below.