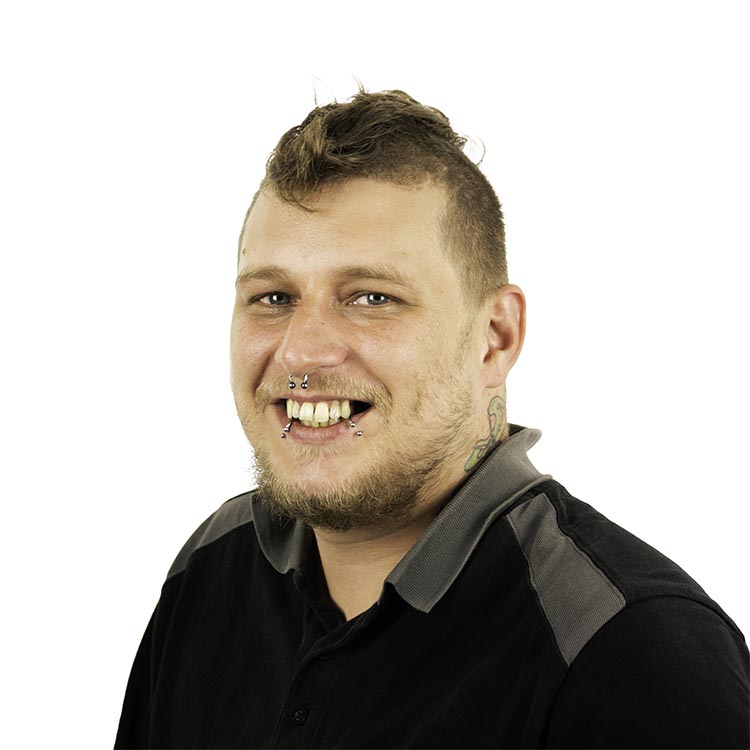 Description:
Vinnie is the newest member of staff at Cool Air and comes all the way from Wolfsburg in Germany. He already has a long history with VW’s as his grandparents, parents and, when he turned 16, worked at the VW factory in Wolfsburg for many years. Owning an aircooled VW as a first car is a right of passage in his family for many generations. Vinnie’s current fleet is a 1971 Type 3 Squareback, a 1965 Beetle, a 1974 Type 2 Devon Camper and a 2008 Audi A6 Avant.
Vinnie has been part of the team since 2017.

“I was born and raised in Wolfsburg in Germany.  My whole family has always had a passion for Volkswagen and this rubbed off on me from an early age.  In Fact both my Mum and Dad, My Grandparents, all my uncles and aunts (from my mum’s side) worked for Volkswagen in Wolfsburg.  My Nan even lost a finger in the press that stamps a Beetle roof.

When I reached the required age I followed in my parents footsteps and also got myself  a job for Volkswagen in Wolfsburg.

Now working for Cool Air my passion for everything VW continues.  All my spare time is spent working on my cars and helping out my friends with VW related issues.  The oldest VW I have owned is a 1965 VW Beetle (which I still own) and the newest VW I have owned is a 1995 VW Golf Mark 3.  Other hobbies include riding my dirt bikes (of which I own 5) and when I am not driving or riding I like nothing more than relaxing with a beer or two while playing on my Xbox.”